Since it was founded in 2006 AvaTrade has carved a reputation as a leader of the revolution in online trading. AvaTrade was among the first forex brokers to introduce CFD trading on commodities, indices and stocks. It was also ahead of the pack in introducing digital currency trading – granting access to the lucrative Bitcoin and Litecoin markets to ordinary retail traders. AvaTrade was founded with the client in mind, and its mission is to empower people to trade with confidence. According to the official website, this broker always puts the customer in the first place, and all efforts are centered on making him a successful trader. The trading platform is user-friendly and innovative with the active trading community. AvaTrade dedicates a huge amount of attention for the beginner traders in a simple and transparent way. According to the reviews on the internet, the most sophisticated players in the market are also very satisfied with AvaTrade. AvaTrade currently has 200,000 registered traders around the globe, who place more than 2 million trades every month.

Some benefits for traders include:

AvaTrade takes care of every type of trader, presenting a wide-selection of trading platforms for manual as well as automated trading. AvaTrade offers two manual trading platforms – MetaTrader 4 and AvaTradeAct – with full mobile trading support. You can also choose from a variety of automated trading platforms, including Mirror Trader, Zulu Trade and others. Each platform is simple to use and offers a variety of financial instruments to choose from along with multiple analytical tools, indicators and charts. AvaTrade is also offering a wide range of digital coins with up to 20:1 leverage, zero commission, and 24/7 trading.

AvaTrade is licensed as a regulated broker in the EU, Japan, Australia and the British Virgin Islands. Ava is subject to stringent compliance requirements, including how it handles client assets, security of client funds and financial reporting.

The minimum deposit amount depends on the base currency of your account. AvaTrade accepts deposits by credit/debit cards, bank wire transfer.

In order to apply for a withdrawal, you will need to fill out a withdrawal form online through your account on MY AVA. The withdrawal process takes 5 business days to be processed and sent. Please be advised that Saturday and Sunday are not business days.

AvaTrade offers professional customer support, the support is available via email, telephone, and live chat. If you have a question about your account or the platform, encountered an unexplained error, you have a suggestion for a new feature – you can send a message anytime via chat and get feedback right away. AvaTrade is active on Facebook, Twitter, Linkedin, Google+ and YouTube.

AvaTrade specializes in online trading of Forex and CFDs for commodities, stocks, ETFs, bonds and indices. The group holds licenses and is regulated in various countries. AvaTrade is also offering a wide range of digital coins with up to 20:1 leverage, zero commission, and 24/7 trading. AvaTrade takes care of every type of trader, presenting a wide-selection of trading platforms for manual as well as automated trading. Customer support is available by phone, email and live chat, so you’ll always have someone to talk to. AvaTrade currently has 200,000 registered traders around the globe, who place more than 2 million trades every month. The user reviews and opinions for AvaTrade are fairly positive and because of this AvaTrade stands one of the world’s leading players in the online financial field.

Important Things about Bitcoin in General

Just as there are a finite number of Bitcoins, so there is a finite amount of history associated with Bitcoins. This history is encoded in Bitcoin files and files held by users. Like Bitcoin transactions, each time a new block is added to the chain, a new history entry is inserted. Here is the Bitcoin history in a nutshell:

What is a Block?

In order to understand what a block is and how it relates to Bitcoin, consider a block a tree or a branching point of a branching tree. Each block is a segment of a larger tree, and each branch extends into the next.

A Bitcoin block is mined each time a new block is added to the block chain. In theory, miners should have more difficulty adding blocks to the chain the further down each branch they go. So, miners tend to add fewer blocks on the higher branches, which leads to more reliable chains in the end.

How is Bitcoin Created?

With cash, users can send funds from a Bitcoin address to another Bitcoin address at a flat rate of about 1.5 bitcoins per dollar of fiat currency exchanged. If you had $10 in US currency and bought a penny with the dollar bill, you’d owe only the penny.

Bitcoin does not support cash transfers, but here are some other ways Bitcoin can be used:

You can send Bitcoins in exchange for goods and services, such as dining out or mortgage payments. In fact, a lot of businesses accept Bitcoin as payment. They typically accept credit cards, PayPal, Square or other alternative payment methods.

You can pay with Bitcoins for everyday services – like buying gas or grocery. A payment processing service or Bitcoin-only ATM service accepts Bitcoin payments to fund them or other services.

You can send bitcoins to others to show them what’s going on. Think of sending Bitcoin as sending a photo.

How to buy Bitcoin

If you want to buy Bitcoin, you can do so from an exchange (this is also known as a ‘mining’ address or BTC address). The address is like your account number in your bank or other financial institution – it’s what you use to make small transfers to and from your account.

The best exchange is Coinbase. In fact, Coinbase is one of the few exchanges that is certified to offer you a 50% discount on your first Bitcoin transaction. They will waive this fee up to your first $50,000 in fiat and you will receive $50 in Bitcoin for every $1 you spend. A detailed guide to bitcoin mining can be found here.

When you buy bitcoin, you’ll usually receive it in a small BTC block (think of it as a bank deposit, though unlike a deposit you’ll need to see a record of the bitcoins that you transferred), then call it a bitcoin transaction. You can also transfer this bitcoins to someone else if you wish.

Things you should know about Ethereum

What are the advantages of Ethereum?

The advantages of Ethereum are that:

it is a peer to peer network and its apps are generally open source
it enables the development of anything anyone can think of
it is not regulated by any third party and no one can stop you buying ether
its public ledger is free to use, meaning people around the world can see how many ether they have bought
its network technology is faster and cheaper than competing networks
Ethereum does not require a centralised party to run its platform, just a sufficient number of computer users.

What is the difference to Bitcoin?

The difference to Bitcoin is that without having to trust any third party to hold funds, it is harder to create a leak in the network, by for example giving away money to some third parties in the middle of the transaction, making it difficult to check that the money came from legitimate sources.

How does Ethereum work?

It uses a concept known as the Ethereum Virtual Machine or EVM to run the applications. Like the Bitcoin blockchain, each transaction on the Ethereum network is not the result of any single, globally agreed upon, tamper-proof piece of code.

Instead, each network participant’s computer splits a task into multiple “slices”, which are coded separately. Once the code for the final, “finalised” transaction is complete, each participant completes a share of the network to acquire a reward that goes directly into the user’s account.

Before decentralised applications can be created, they need to run on the powerful, state-of-the-art hardware in Ethereum’s power networks. Many people try to sell Ethereum hardware, which offers the promise of a worldwide network, but so far no one has got around to making such an offer, with the result that they are likely to be disappointed.

Which Ethereum protocols should you use?

Ethereum offers many protocols for developers to choose from, each with its own benefits and challenges. That is the beauty of a decentralised system. It provides the choice, so that your choices are weighted more favourably with existing systems, rather than being weighted against them.

What about Ethereum for business?

In many countries, banks are not legally obliged to deal with the new entrants to the market, because of the restrictions imposed by national laws. In India, for example, the remittance system Unified Payments Interface (UPI) relies on the existing and established services of the Reserve Bank of India. Until recently, if you wanted to send money, you needed to use any of the banks and intermediaries already in place, such as remittance companies like M-Pesa and Wipro, with which you had to deal in the past. This took time and energy and was at times too costly, as rates would vary from one provider to another, to get proper rates. In India, you would have to wait for several weeks to pay a single money transfer or set up one. Now, many leading banks are accepting digital currencies and an array of other payments on the account of they promise to use their services for legitimate reasons. Here are three such businesses on Ethereum:

In addition to startups that are giving users a glimpse of the future, the network as a whole is also attracting some big investors. These include JP Morgan Chase, which has funded the development of a banking-grade smart contract, which can execute a series of critical processes, including authorization and settlement.

How does the US compare to China?

Ethereum has been around for a little over two years now, so if anyone is hoping to predict its future, they need to stop and think again. As noted, at the moment there is no central bank – rather, it uses a system called ether that is backed by ether tokens. Right now, there are eight exchanges that allow people to buy ether tokens – thus making transactions on the network cheaper than what they are normally used for. All of these exchanges are based in Shanghai and Hong Kong.

Ether is also used as a method of payment and value transfer on other platforms, such as Kraken. But the most important application is actually being tested right now, which involves cryptocurrencies trading among companies that operate in China. Until now, this has been a fairly closed market, in which only a very few players were trading. By combining ICOs with yuan-denominated ether, it seems that Ethereum can open a new, faster, and cheaper way of doing business in China, although it is unknown if the government will allow this.

Coinbase is one of the most popular exchanges to buy and sell bitcoin, litecoin and ethereum. The company was founded in 2012 […]

Poloniex is a US-based digital asset exchange that offers maximum security and advanced trading features. According to the official website, this is […]

eToro is a social trading and investing company that offers its clients to trade indices, stocks, currencies and commodities (CFDs). Clients are […] 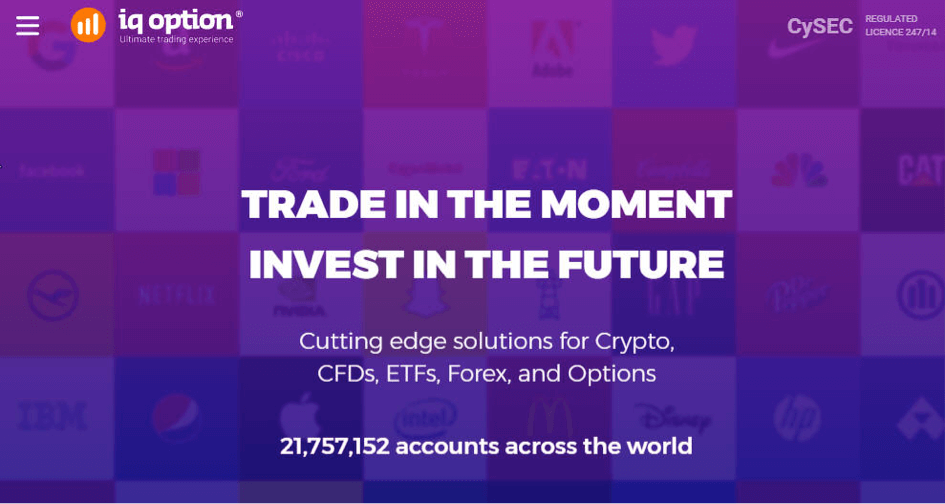 IQ Option is an online broker that allows trading CFDs on stocks, ETFs, forex, options and crypto. With more than 21 million […]

All Brokers and Exchanges